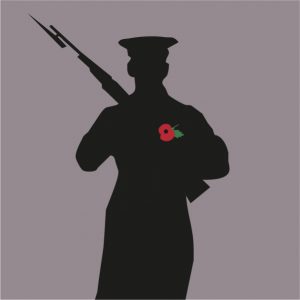 Alexander William Elcock was born in 1891; he was the fourth of nine children born to William and Sarah Elcock. His father was a signalman on GWR. The family lived at Chapel Lane at Hengoed. William his father died in 1906 and around this time his widow and children moved to live at 27 Gate Street, Oswestry. He began an apprenticeship as an upholsterer. By the time of the war the family had split up and left Oswestry. His mother and some of his siblings were living on Birch Street, Droylsden; he seems to have moved to Liverpool where his brother Herbert had also gone. It seems that he had given up upholstery and was working as a barman.

William enlisted at Liverpool on 10 November 1914, joining 20 Bn King’s Liverpool Regiment, 4 Liverpool Pals. Given his enlistment date he must have been one of the last to enlist in 20 Bn. He went over to France about a year later on 7 November 1915. The 20 Bn KLR had been in action on the First Day of the Somme as well as at subsequent actions at Trones Wood and Guillemont. He was KIA at Transloy Ridge in a second and failed attempt to take the village. His body was lost and he is commemorated on the Thiepval Memorial. He is also remembered on the war memorial at St Oswald’s Church, Oswestry where his regiment is incorrectly given as the North Staffordshire.